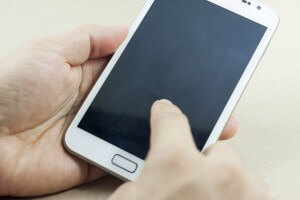 Over a year behind a number of Middle Eastern airlines, in December 2013 British Airways was announced as the first airline in Europe to allow its customers to use mobile phones and other electronic devices during a flight: including making calls and sending text messages and emails. So does this mean that Middle East aviation technology is advancing at a quicker pace than Europe?

Well, over the past few months, a number of technological advancement in Middle Eastern aviation have been announced: in April Turkish Airlines announced that they would be implementing the Airport Moving Map application for aircraft navigation on the ground, in June Saudia was the first airline in the Middle East to offer free Wi-Fi to its first class and business class passengers, also in June Etihad announced the introduction of mobile boarding passes and in August Emirates announced the roll out of iPad electronic flight bags. More and more airlines have followed the trend set by Emirates over the past year and have announced that passengers may use their devices throughout their flight, even when taking off and landing (on selected carriers and so long as it’s in flight mode). Whether this is more to do with a technological advancement from the airlines themselves or revolves more around the increasing need for passengers to maintain access to their technological devices is a point widely debated. And, whilst it is big news that so many carriers are now allowing the use of mobile devices, it is still important to note that not all planes operating under one carrier will allow it. Some of the airlines with limitations for this new development include*:

Travel tip: Don’t forget to charge your device. Due to the recently implemented regulations, those travellers with devices that won’t power up face travel disruption and not being able to take their devices on board. Whilst there appear to be mixed feelings about this from travellers (flights no longer become a time to recharge and relax but another period for which they are “on”), it can’t be denied that this is a massive step in a whole new direction for airlines vying for prime position with business travellers. This advance is likely to mean that more companies will expect to have continuous access to their staff whilst in transit which is likely to lead to more and more staff asking their travel bookers and expenses teams about responsibility for international mobile expenses: this may even evolve to form part of the travel policy. *Sources: Telegraph.co.uk