Serviced apartments may still be a relatively new phenomenon but they are certainly staking their claim on the accommodation sector worldwide. 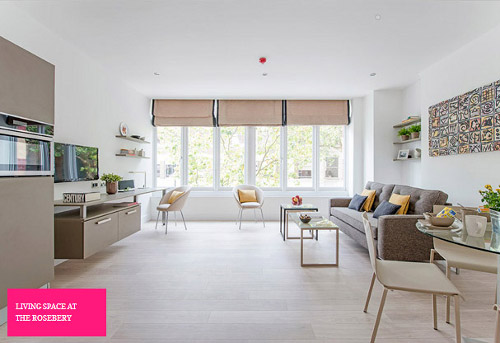 Significant development expansion has been predicted across the industry, with Savills forecasting that UK serviced apartment investment volumes could increase in line with that of the US over the next five years.

However, it’s not there quite yet. The Savills report states that the lack of stand-alone, purpose-built stock in London could be creating an investment volume deficit in the country’s serviced apartment market.

So far this year, investment in serviced apartments in the US stands at £1.3bn, which equates to 12% of total US hotel sales.

The UK, on the other hand, has seen investment totaling £123.5mn, equivalent to 5% of overall UK hotel sales.

Tim Stoyle, head of hotel valuations at Savills, said: “The US is a bigger market so like-for-like comparisons are difficult, but the dramatic difference in volumes does demonstrate the significant potential for growth in the UK market.

“New investors to the sector have recognised its investment potential and are committed to expanding purpose-built stock.”

Serviced apartments in London have huge growth potential – but it’s not just the capital that has the capacity for rapid expansion in the UK.

According to the report, supply in key regional cities per 1,000 business visitors is highly constrained, and it is Birmingham – one of the country’s most important business hubs – which has the lowest relative supply of 0.6 units.

However, Savills warned that due to typically shorter stays in cities outside the capital, further growth needs to be approached with caution.

A further sign of the UK capital’s potential for growth is that the first ever Serviced Apartment Summit was held in London’s Andaz Liverpool Street hotel this summer.

July provided a unique opportunity for over 200 delegates from the UK, France, Spain, the US and Saudi Arabia to meet and discuss the future of the sector.

Mark Harris of the Travel Intelligence Network unveiled figures from his research which measured the serviced apartment sector at 650,000 units in 9,000 locations across the world.

“The serviced apartment industry is on the cusp of big things,” he said.

And with the sector attracting interest from the hospitality and construction sectors, including hotel operators, commercial and residential developers and investment funds, the future is bright.

Serviced apartments are particularly popular with businesses, with Mr Harris stating that use of these by UK companies has increased by 86%. What’s more, 60% of UK corporate travel policies include serviced apartments.

Event organiser Piers Brown said: “We're delighted with the way our first event has gone. It's clear the serviced apartment sector is an exciting space with tremendous potential for growth.

“From listening to the sessions today and talking to all the leading sector players who are here today, the buzz and excitement about the sector is palpable, and we look forward to staging a bigger and better event next year.”