The Best Phones for Business Travel

For the business person on the go, the ability to stay in touch can often mean the difference between success and failure. Fortunately, technology now makes it possible to stay in touch from almost anywhere in the world. Unfortunately, the choices of phones for travel are so diverse, making the decision about which one to get can be a chore.

Before investing in an expensive phone, or an expensive calling plan, it’s helpful to do a little hard-headed analysis. Begin the process with a review of the uses you’re likely to put the phone to while traveling.

Will there be a need for a lot of sharing of documents, or even creation and transmittal of files and documents? Are graphics, such as photos and charts, part of the message traffic you deal with when traveling? Where will you be doing most of your traveling; domestic or international? And, finally, what is your organization’s communications budget.

If you do international travel, and you have to travel to Japan or Korea where the phone networks operate on a different system than the rest of the world, you might want to rent rather than buy, or have an unlocked phone into which you can insert a locally purchased SIM card. The question that you must ask is whether you are getting fair value in the exchange of foreign coins for your communications outlay.

Once you have the answers to these questions, the process of deciding on which phone is best can begin. Assuming a modest, but adequate budget for communications, that there will be a need for much creation and manipulation of documents; and that graphics will be involved, the following are the best choices for the traveller who wants to stay in touch while on the road. 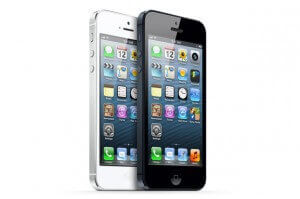 The Apple iPhone 5: A full featured communications device that’s Wi-Fi capable, has a large, easy-to-read screen, and supports a wide range of applications that are useful to the business traveller. The iPhone 5 connects to networks all over the world (except, again Japan and Korea), and enables some of the fastest browsing, downloading and streaming content of any device on the market.

RIM BlackBerry Bold 9650: The new Smart phones seem to have outstripped the lowly BlackBerry, but this is still the best bet for business people engaged in domestic and foreign travel, for being able to make calls, handle email, and surf the Web. If traveling to Japan or Korea, the BlackBerry, which works in the US, Europe, and most of the rest of the world, won’t work. But, then, neither will the Smart phone.

Iridium 9575 Extreme: If traveling frequently to areas where normal cell phone coverage is unavailable, a satellite phone is a worthwhile investment. Of the various models available, the Iridium 9575, while expensive, offers the widest range of capabilities.

Authors By-line
This guest blog was brought to you by Cash4Coins Foreign Coin Exchange who provide simple, open and honest service and are trusted by individuals, national charities, banks, businesses, schools and hospitals to exchange foreign coins and provide the bes rate in the UK