The Best Places To Hold a Business Conference in London

The Best Places To Hold a Business Conference in London

Whatever the size of the group you are planning for, the right venue for a business conference needs to have excellent facilities which enable good communication as well as having a great location which is accessible and offers the right level of privacy for your needs.

Depending on the type of event, it is also useful to choose a venue which has a certain atmosphere or unique 'feel' to it. This can vary from wanting to present an established, solid and authoritative image right through to utilising cutting edge architecture and design for a completely contemporary approach.

As a centre for international business, London has a wide choice of locations and venues to stage a conference at any level. Here are a few ideas that illustrate the range on offer. 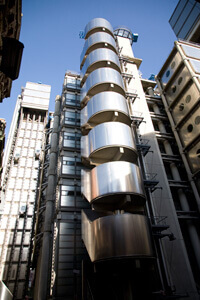 The Lloyds of London building is a stunning and un-missable landmark in the centre of the City of London. Designed by Sir Richard Rogers it is situated in the area where insurance companies such as Lloyds of London and many other global insurance brokers have their UK and European bases.

The meeting rooms are found on the fourth floor where some of them back on to the 60-metre-high atrium which means they overlook the world famous Underwriting Room directly. This is where the historic Lutine Bell was rung to announce ships being overdue or lost at sea.

A perfect choice for impressing clients, shareholders or business partners whilst also taking advantage of cutting edge technology and facilities, Lloyds of London conference rooms are only moments away from Leadenhall Market and The Bank Of England.

Senate House is ideally situated in Bloomsbury, at the point where the commercial and social hub of the West End just starts to blur into the financial centre of The City of London. Bloomsbury is also home to the British Museum and British Library and has a definite air of the establishment about it.

Senate House itself is a starkly imposing modernistic edifice built in 1936 and the exterior has been used to represent government buildings in TV shows and films for many years. Inside, a three-year multi-million pound refurbishment has brought contemporary technology and first-class catering to the fore and firmly established itself in the international events marketplace.

For an impressively traditional venue the Commonwealth Club on Northumberland Avenue is hard to beat. Located in Central London and just off Trafalgar Square, the building is in a perfect location with all the connotations that come from being set only yards away from the centres of both British politics and royalty.

On the other end of the scale and the other side of the city, Canary Wharf is the financial centre of 'new London' where the skyline is dominated by Canary Wharf itself and an international business community has put down solid roots over the past twenty years.

A dedicated conference, training and meeting venue, this offers various rooms which are perfect for one-to-one meetings or larger events.