CEO Blog: The cost of travel in the future 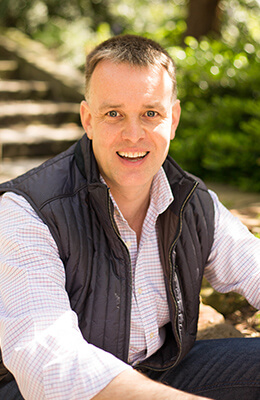 After 9 months of negative news, there is now some positive things happening around vaccines. Discussions indicate a growing confidence and for a recovery by the middle of next year and, specifically for the travel industry, a return to some sort of normality from there on in. A successful programme of vaccines over the next few months is what we have all been waiting for, and that now seems to be here…

The big question that I keep being asked is ‘What will happen to the cost of travel – will it go up or down?’ In simple terms I think that travel will be cheaper in the short term – the first few months of 2021 – but it will go up in the medium to long term in comparison to where it has been pre-Covid and it will stay at higher levels for quite some time and maybe permanently. The shift from short term cheaper travel, to more expensive medium / longer term travel will come as confidence returns to travel and demand increases.

Let me try and explain why I think that. It is no secret that the travel sector has been hit particularly hard. There has been a period of 9 months of virtually no travel. This means no operating margin and no turnover and in some cases the cash flow from the turnover is as important as the profit. Never more has the expression ‘cash is king’ been so true. In reality, the reverse has happened and on a huge scale. With the vast amounts of refunds processed over the last 8 months, cash has gone back out of the business at unprecedented levels – this cash includes the previously earnt operating margin that had been relied upon to run the business. Most businesses were able to scale back costs but not at a speed or at a size that could significantly mitigate the damage to profits and cash. Profits quickly turned to losses and with negative cash outflow. Strong balance sheets were quickly depleted and, in some cases, to a level where external funding from loans or calls to shareholders were the only way to ensure survival. Some businesses like EasyJet came up with imaginative options through the sale and lease back of its aircraft. Companies borrowed money at levels unheard of in the past and others like Ryanair chose to hold onto refunds for as long as possible.

This is not just about the airlines, although they probably play the biggest part in our sector, but also about the vast micro-economy that exists – the wider ‘Travel Industry’. This has got to strengthen its position and return itself to profits and financial strength since the financial damage done is beyond comprehension. Some of this ‘repair’ can be achieved by making operations more efficient but a large part has got to come from the revenues derived from a ticket sale. So while in the short term some discounting may apply to stimulate the market and be seen as providing positive cash flow as opposed to profitable sales, in the medium to long term it is not just about returning to the prices of a pre-Covid era, it will need to be more than this to balance the books, repay the loans and support shareholder returns and stay compliant to regulation.

We do not know what is round the corner and, for example, once travel demand picks up will we be required to space more on aircraft? If we are then fewer seats per flight can be sold yet the same amount of revenue will need to be achieved to make the flight viable. I am hopeful that the vaccine will mitigate this but I think we are some way away from knowing. 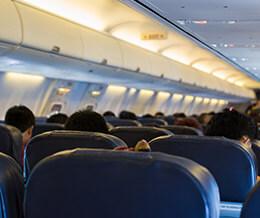 There won’t be one rule fits all here. Capacity in the industry (number of planes, routes and times) will likely shrink in the short to medium term, so with less capacity and choice available but a more stimulated market, for example on travel to Europe and the US which is forecast to return more quickly than to the Far East, then demand could outstrip or match capacity thus giving suppliers the opportunity to push prices back up. This will result in fewer seat sales initially but the revenue per seat will go up. This mitigates the risk to some degree and ups the operating margin per seat and, once we become accustomed to these new prices, they will become the new norm even when capacity increases and it will then take some other event for travel demand to drop and for the prices to head back down.

There are other factors very much at play here with one of the biggest being the very necessary change to more environmentally friendly travel. This was gathering good momentum pre-Covid. To get to this more sustainable place it will need large scale and ongoing investment from aircraft manufacturers and airlines which will, in part, need to come from the profits generated from higher value ticket sales.

When you look back at some of the bargains that used to exist – for example seats that cost a few pounds – there is no denying that they were good for the consumer but was that really a good business model? Clearly this was not the true cost of a seat to make such a journey and the only way to make the seat cheaper than its true cost was to charge other passengers at much higher prices – one passenger was supporting another. This is also true in some cases between cabin types, with business class fares often subsidising economy passengers and allowing cheap seats to be sold in economy. Is it not better to sell each seat at a rate that covers its costs and makes a profit? Maybe, when demand picks up, this will be the time when airlines look to change this model.

So to me, in conclusion, most of this looks like it is leading to more expensive travel. So if you are looking for a bargain your last chance may well be between now and the spring….