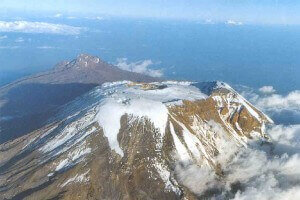 Scheduled for September 2010, CT Business Travel Managing Director Mark Kempster will organise and co-ordinate a trek which will be spread across 6 days during which he will climb Mount Kilimanjaro for charity!

Initial discussions have taken place and Mark is now welcoming fellow Uniglobe agents along for the challenge. This is expected to be a once in lifetime trip that will be exhilarating, exciting, exhausting and most of all a huge achievement, however the main goal will be to raise as much money as possible for charity.

Each climber will need to raise a minimum amount, half of which can be put towards a local charity of their choice while the other half will go towards The Laurie Radloff Fund which has been making a difference and changing children’s lives in Africa for the better for several years now.

Closer to the time of ascent we will post details of how you can support Mark and the team by donating money to their nominated charities. All the money you donate goes directly to the charities, and provides much needed motivation on what is sure to be a daunting but rewarding challenge!