Sale of Gatwick Airport by BAA 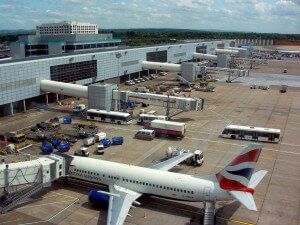 Having made clear many months ago it's intension to Sell Gatwick Airport following an initial announcement in September 2008, BAA have finally confirmed that after nearly 40 years of ownership the sale been completed. The new owners, GIP (Global Infrastructure Partners) have paid in the region of £1.51 billion for the site and this does bring to an end BAA's monopoly of the three main airports serving London. London Gatwick, Heathrow and Stanstead.

There has been and still will be much conjecture and debate over the future of the Airport. Gatwick will be the second airport that GIP own, the first being London City and they have made clear their intension to improve and expand the services and capacity of the Gatwick site. It is reported that GIP intend to the look more towards the leisure market for it's growth but not at the expense of business travellers. Gatwick currently services approx 45 million passengers and they are looking to increase this to 80 million in the coming years. To put that into perspective, last year 67 million people used London Heathrow.

There are plans to build a second run way to give the extra capacity target and that is only going to mean more flights and busier schedules. More passengers means more cars needing more car parks service by more shuttle buses on the roads in the surrounding area. Their is currently an injunction preventing the second runway till 2019, but GIP is looking to accelerate the planning process so as to be in an position to take full advantage once the time comes.

Of course, any expansion will mean more employment opportunities, whether that be in the construction aspect at the beginning or the everyday staff side of things to make the infrastructure to keep it working ongoing. Much needed opportunities for local businesses and individuals alike are bound to be a very positive spin off.